All about Depth of Field

Hello guys and girls, as I promised I will be translating some of my material, original written in Portuguese, to English, so here we go with All about Depth of Field.
If you by any means found something useful in this or in my past article please subscribe to my newsletter!
So let´s jump right in to the mud!

Learn what depth of field is and how to manipulate it in your favor.

What is depth of field?
Depth of field refers to the range of distance at which a picture appears with acceptable sharpness, or in focus.
It will varies depending on your camera type, apertures used in the lens, the distance of your subject as well as a mixture of all this previous things.
Print size and viewing distance can also influence our perception of depth of field.
This article is designed to provide a better insight and technique for photography, and not bend your mind on what you already know and practice every day.
The depth of field does not change the sharpness of the photo abruptly, but instead a gradual transition occurs.
In fact, everything immediately ahead or behind the focus plane is already beginning to blur – even if it is not perceived by our eyes or by the camera sensor.
Sometimes you will notice that some lenses will have a thin focal plane, and it give you hard times when focusing.
You will experience this phenomenon on lenses with huge apertures, F/1.2 or F/1.4 for instance.
Since there is no critical point of transition between blur areas and in focus areas a more rigorous term called the ‘circle of confusion’ is used to define how much a point needs to be blurred in order to be seen as blurred. 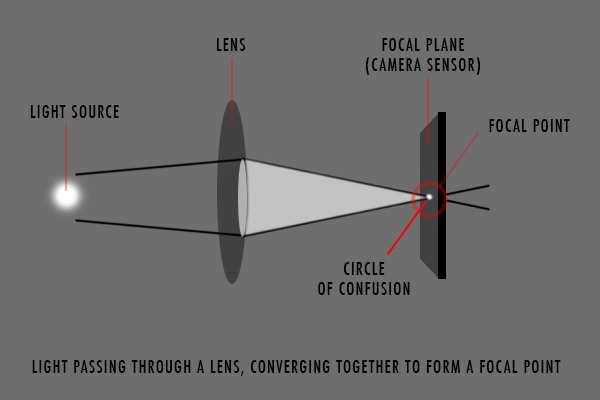 When the circle of confusion becomes perceptible to our eyes we can say that the region is outside the depth of field and at this point no longer acceptably sharp.
The most important thing is to know how to manage this instead of knowing math in the background!

Although print size and viewing distance influence how big the circle of confusion appears in our eyes there´s two factors that determine how big the *COC will be.
Aperture and focus distance, or focal length, are the two main factors to keep you attention on.
Larger apertures (smaller F-numbers) and closer focal lengths produce a smaller depth of field.
The following shots keeps the same distance from the focus, but changes in aperture were  applied:

In the photos above you can see how the aperture can handle, and much, its depth of field.
Notice that when I close the aperture the brushes of the bottom are getting sharper, in fact I’m increasing the depth of field in that way.
Photos of brushes were taken with a Nikon D5200 and a Nikkor 50mm f1.8G lens. And it is a good test that you can do with your camera and lenses.
Always keep this kind of effect in mind, it can save or destroy or shot.

Depth of field is not the same thing as background blur?

This is the most common misunderstanding among beginning photographers, a confusion between *DOF and blurring backgrounds.
Now, it is true that DOF is a tool we use, and much, to selectively blur parts of an image, to isolate the subject or to create what we call selective focus.
But thinking of DOF as just one way to blur the background is kind of losing some of the sense of things.
Because in fact the depth of field direction is going exactly in the opposite direction of the blur.
After all, the term depth of field does not refer to the parts that are blurred in the image, and yes at acceptable focus distance.

DEPTH OF FIELD (SUBSTANTIVE): THE DISTANCE RANGE IN AN IMAGE WHERE THE FOCUS IS ACCEPTED.

Here is an example where the background blur is used as a tool to isolate the object of interest in the image. In this photo I was using the same Nikkor 50mm f1.8G lens.

It is possible to overdo it with a shallow depth of field that you will end up loosing parts of your subject.
This can be happen when you choose a lens with a thin DOF, as I told you above, F/1.2 as an example.
Therefore it’s good to always think about the aperture as you’re doing a headshot so you don´t choose a big aperture.
And with this you don´t run the risk of half the face of the person getting in focus and the other half not.

Blurring foreground is often overlooked by photographers when we think about DOF, probably because each photo has a background.
And almost always the shots are arranged to have nothing in the foreground other than the main object.
The classic example is to blur the background in a portrait to draw attention to the face in the case of portraits.
However, having blurry objects in the foreground can give a framing, depth, or context feel to a photo building a much stronger composition.
Or even to make such a selective focus, where it isolates the subject even if it has to blur the foreground


You can also use the foreground blur to remove obstacles that are between you and the object being photographed. 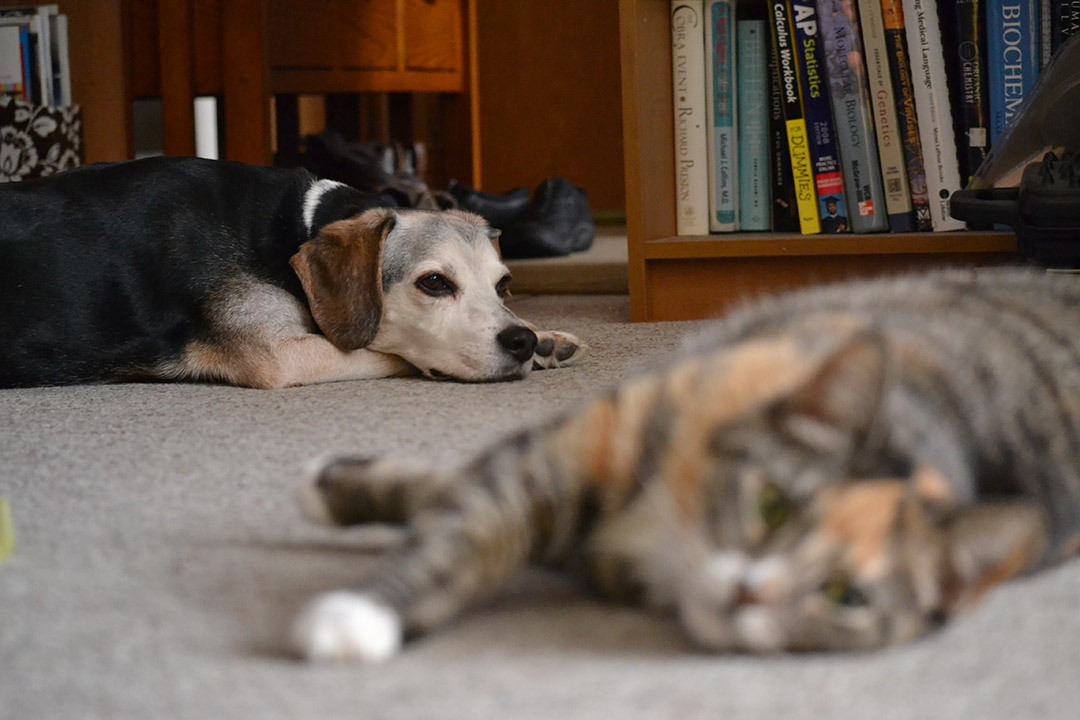 The next photo was taken from the bleachers, between the car that was photographed and the photographer existed the grid. This grid can barely be seen due to the foreground blur.

Photographers generally usually use such a term. Often referring to certain lenses such as those that give “good bokeh” or “bad bokeh” to determine the quality of the lens.
And often this kind of caricaturists of a lens are generally overestimated, undoubted it is a cool effect, and a lens with a good bokeh will give you tons of fun.
We can have what we called circular booked, which is the most common, but we can have different shapes for the same effect.


Off course you will have to create some adaptations in your lenses to achieve many different booked shapes.
Some lenses have a better ability of such effect in the foreground, others in the background, and in any case there is no relationship.
Mainly with no adaptations all lenses tend to circular shapes booked, but how a perfect circle it will be depends on the quality of the construction of it aperture blades.

So if you want to, and at some point want to experiment with your lenses and see what kind of bokeh they give you the foreground and background blur.
The easiest way to see the shape of the bokeh is to take a photo with small lights in the background or foreground that are out of focus, so you’ll know which type of blur you have.

Depth of field manipulation is a good way to modify the characteristics of your photo, and manipulating the aperture is the ideal way to do it.
Because it has little or no effect on the composition of the photo, if we forget about selective focus in order to compose a shot.
You simply need to change the shutter speed (or change the ISO) to compensate for changes in exposure because of the new aperture settings.
Changes in distance and focal length also affect DOF, but these changes have consequences in terms of composition.
Thus, aperture changes are the best way to manipulate DOF without affecting the as much your composition of a photo.
Finally, don´t be annoyed with the numbers and all the theory stuff behind DOF, as I said earlier most important is know to to manipulate it in favor of your art.
*COC = Circle of confusion
*DOF = Depth of field
Have any thoughts about this article? Please leave your comments below! And follow me on Twitter.

If you use Lightroom to edit your photos I also keep a YouTube Channel where I give some tips for photo editing! So give it a try here!
All videos has no voice over so please active the subtitles to enjoy it!

If you find anything useful here please consider to the links found in this site for buying your new goods. You will be helping me to keep this site alive and to build a good community for all of us!